Just how many victims of Aid Industry Sex Abuse are there?

For Background – Just how many victims of Aid Industry Sex Abuse are there?

But how big is the problem?

Here is what the report says:

“Evidence we have received suggests that sexual exploitation and abuse is endemic across the international aid sector, predominantly humanitarian provision, and a wide range of organisations have been implicated.”

“A broad spectrum of different types of aid workers and peacekeepers were implicated in the abuse. For example, staff at every level, from guards and drivers to senior managers, were identified as having been involved.”

“No corner of the aid sector appears to be immune: the problem is a collective one.”

“Although the problem appears pervasive, the exact scale of SEA in the aid sector is currently impossible to define. We heard repeatedly that there is under-reporting, based both on research and anecdotal evidence.”

In short, the Parliamentary report says that it is impossible to come up with an accurate count of victims as the source data is poor and not readily available.

HTC offered a flawed estimation but based on the best available information (Hear Their Cries methodology is here). However, HTC’s number was restricted just to the UN but was said to be global.

In 2015 an academic study available on New York University’s website (here) claims 58,000 victims in only nine years, just in Monrovia, let alone the rest of Liberia, and just of UN peacekeepers, not the whole Aid Industry, and just of women 18-35, so not including child or male victims.

While we do not know the exact number of victims, the problem in the aid industry is likely to be on a scale larger than the Catholic Church. If you doubt that, then think about it this way:

When we finally came to believe the child victims of the church, we were forced to confront another truth: These crimes were not just the abusive priests, the crimes were also the cover-ups by those higher up the administration who knew, or ought to have known and failed to prevent or report these crimes.

Back then some even said ‘don’t risk the donations to the Church, because we are doing other good work’, as if that made up for child abuse.

Today, we are just beginning to realise that history is repeating itself with the Aid Industry. It is not just the abusers who are criminals, it is those who knew or ought to have known of the abuse, and have covered it up – like the Catholic Church – for many decades.

Some also say that by exposing these crimes we ‘risk the good work and hurt the people in need’ by risking donations. Sound familiar?

It is not true as donations can be re-directed to charities that do stamp out abuse. 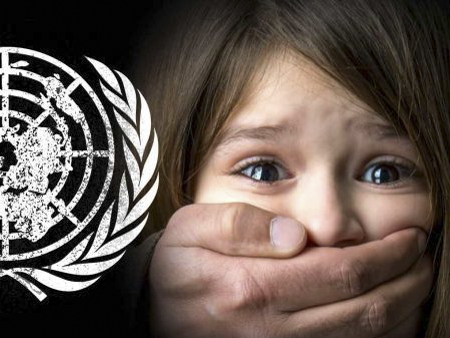 PrevPreviousCharities still hiding sexual abuse – It’s time to prosecute trustees and CEOs.
Next“I don’t know how many children I raped while working for the UN”Next